The new sportsbook in these two states is powered by SG’s OpenBet sports betting platform, which includes online and mobile sports wagering.

In addition to the OpenBet platform, the operator will also integrate a suite of risk and liability management services powered by Don Best Sports.

Along with the sports betting product, GNOG has also launched iGaming in West Virginia by deploying SG’s OpenGaming content aggregation platform, which includes a number of casino games produced by SG’s in-house studios, as well as titles from other game developers.

A number of additional responsible gaming tools and additional features are also integrated in the new West Virginia product.

GNOC and SG have been partners for many years and their partnership in New Jersey is about to get a boost as well, with the two launching retail sports betting at the Golden Nugget Atlantic City Hotel & Casino in Atlantic City, after relaunching the New Jersey mobile sportsbook earlier this year.

“Existing customers of Golden Nugget have truly embraced legalized sports betting and iGaming since we first introduced our online offering,” said GNOG President Thomas Winter. “Thanks to the continued support of Scientific Games and its modern OpenBet technology and OpenGaming platform, we are very excited to announce these range of launches.”

OpenBet COO Cathryn Rai expressed her contentment with the existing partnership with GNOG and thanked the company for their continued use of the OpenBet platform across multiple states for both digital and retail sports betting.

The supply agreement between GNOG and SG was expanded in August 2020 when the operator decided to include the OpenSports betting product suite in its offer, which they completely switched to in March 2021.

Golden Nugget was the second-largest online casino operator in New Jersey in August, the most recent month with data available from the New Jersey Division of Gaming Enforcement (NJDGE).

Golden Nugget had $29.8 million in online casino revenue in August, which equates to 27% of the market. But it’s a much smaller sports betting operator, bringing in just $88k in August.

Last August, sports betting giant DraftKings agreed to purchase all the GNOG shares from its majority shareholder Fertitta Entertainment in an all-stock deal worth $1.56 billion.

It is important to note that this is not a cash deal, which means GNOG shareholders will receive 0.365 newly issued shares for each common share they currently hold, while GNOG’s majority shareholder and CEO Tilman Fertitta will join DraftKings’ board and agree to keep his shares for at least one year.

The deal is subject to customary regulatory approvals and is expected to close in Q1 2022.

“Our acquisition of Golden Nugget Online Gaming, a brand synonymous with iGaming and entertainment, will enhance our ability to instantly reach a broader consumer base, including Golden Nugget’s loyal ‘igaming-first’ customers,” said DraftKings CEO Jason Robins.

As DraftKings continues to expand its US presence, Fertitta has expressed his excitement at the new deal and said that the new partnership will be able to take advantage of his remaining assets such as the extensive Golden Nugget land-based player database. 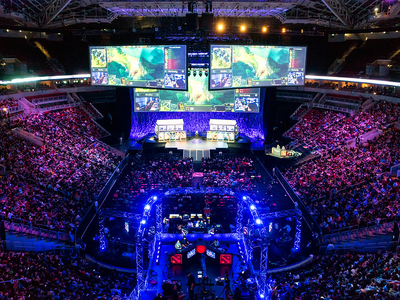